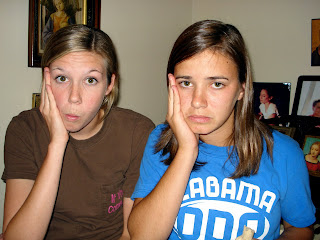 (Practical Considerations for Principals Regarding Expulsions)

In my previous post, I argued that Catholic schools must view discipline differently than their public or private school counterparts. Namely, whereas secular schools might see school disciplinarians as judges who hand out "punishments to fit the crime" independent of the “criminal”, I argued that Catholic school disciplinarians are ministers of Christ who must use their creative abilities to design consequences for a particular child that helps him grow to be the person God wants him to be. Whereas "retributive justice" tends to be the aim of discipline in secular institutions, then, conversion must be the goal of Catholic school discipline. Whatever works to achieve this conversion, Catholic schools must be willing to try, even if it means, at times, “harming” the institution’s image for holding onto a kid longer than the local private school down the street might.

I believe this is a fundamental principle for a school that takes parables like the lost sheep seriously. Still, one might object on pragmatic grounds. One teacher on our faculty put it this way: “I understand going after the 100th sheep", he said, “but if you go after it, leaving the flock behind, what happens when you return and only find 85 sheep left? “

Great question! Faced with the decision to expel or not to expel a child, I have often wondered how Jesus would reply. I suspect the Jesus of the gospels would say: “You seek out the lost. Trust that I will shepherd the 99”.

Still, it raises the point: where do we draw the line for kids who are consistently disruptive, compromising the school’s ability to minister to other kids? Is there NEVER an occasion where the shepherd must let the 100th sheep go?

Yes, there are such times. I believe they boil down to two general circumstances:

a) When the child is a threat to the health and safety of other students. For example, we immediately expel students involved in the selling of drugs to other students. Regardless of our desire to help these children, we have a duty to protect the safety of others. In my mind, these decisions are most often made on the basis of a single incident, whether or not the child has a disciplinary record. I once expelled a National Honors Society student for lighting the boys’ bathroom trash can on fire, something I believe he thought was a playful prank. One stupid act is enough to jeopardize the safety of all. These expulsions are usually difficult for the parents (and principal!) since no one "sees it coming". Still, there are non-negotiables, and the safety of the other students over-rides everything.

b) When it becomes apparent that by “holding on” to a child, using as many creative punishments as we can for a time, that we are now becoming “enablers” of that child’s illicit behavior.

Like the wife of an alcoholic husband who must kick her husband out of the home to help him get well, sometimes the most loving thing we can do is insist a child leaves in hope that he will take responsibility for himself.

Typically, this second circumstance for expulsion comes at the end of a long series of events in which the student has been given series after series of punishments and the parents and principal have met many times before. What I usually do when I begin to think the school is now playing an enabling role is to set up a “1-2-3 strikes you’re out” interim step, in which I tell the child, with his parents present, that the next incident will result in an automatic 1 day suspension, that the second incident will be an automatic 2 day suspension, and the third strike will be “you’re out”. I do this because I want to put the student in the driver’s seat, which will help him or her take more ownership of the expulsion, if it comes to that (and not insignificantly, will help the parents handle the expulsion better, too).

The truth is that in over 50% of the cases, depending on how late in the year we set this arrangement up, the child will end up leaving before the year is over, but usually the expulsions go more smoothly because everyone saw it coming. I had two parents this year, upon learning their child had “struck out”, thank me for trying so hard to work with their child. While that’s nice, what’s even more important is the parents aren’t at home blaming the school for the expulsion, which means the expulsion has a far greater chance of being a significant moment for conversion in the child’s life.

If we handle expulsions in this second way, we are consistent with our mission to put the child first. We are not expelling a kid because he makes the school “look bad” or that he “annoys teachers” or even that he embarrasses us. We’re not expelling him for the sake of the school. If we do expel him for those reasons, we cannot avoid the damning criticism of one mother who told me, when I asked her to withdraw her child, “You’re just getting rid of the unwanted child, and I thought your Church was AGAINST abortion”.

That's not a bad test for us as we weigh whether or not we should expel a child from our school. Is it, in fact, an "abortion"? Or staying with the mother’s metaphor, is the expulsion more properly labelled a "miscarriage"? It seems to me that with the exception of a child who is threat to the safety of other students (as noted), we cannot ask a family to withdraw their child unless we can honestly conclude it's a "miscarriage".

Let me end my reflections with a re-telling of the parable of the rich young man from Luke 18:

And it so happened that a veteran teacher approached Jesus.

“Good Rabbi”, he asked, “what must I do to become a more professional teacher?”

“Why do you call me good? Jesus responded. “No one is good but God alone. You know the rules. Design interesting lessons. Create good assessments, grade them carefully and turn them back on time. Be excellent in your teaching and you can expect excellence in return.”

The veteran teacher beamed: “I have done these things since my first day of teaching”.

Jesus, eyeing him, said; “There is one thing further you must do. Take the student who is most troublesome to you, and treat him as your only son.”

At this, the teacher walked away sad, for he was a busy man.

In my third and final post on Catholic school discipline, I will look at day to day disciplinary incidents and how we handle them in our school.
Posted by Fnwchs at 1:49 AM