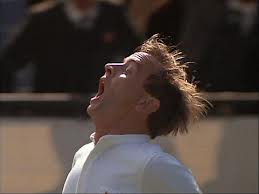 Eric Liddell was a Scottish missionary to China and an Olympic runner. He was the central character of the 1981 Academy Award winning movie, “Chariots of Fire.” Liddell was a sprinter by training, specializing in the 100-yard and 220 yard races, good enough to represent England in the 1924 Olympic games, where he was favored to win the 100.

In the middle of his training for those Olympic games, however, Liddell found out that the preliminaries for the 100-yard dash occurred on Sunday, the Sabbath day, and Liddell, as a devout Christian, believed it violated the third commandment to compete on that day. To the astonishment of the world, he withdrew himself from that race and instead entered the 440-yard dash as an alternative.

As people on the track team will attest, the 440 (today, the 400 meters) is really considered a middle distance, not a sprint, and requires different training. That’s why it’s common to see the same person compete in the 100 meter or 200 meter, but very uncommon to find a person who runs the 100 and 400. But Eric Liddell was not an ordinary man, and as it turned out, he not only ended up winning the Olympic 440, but setting what was then a new world record.

To be good at anything requires an extraordinary time commitment. One of the central conflicts in Liddell’s life was that his commitment to track pulled him out of his missionary work in China for a period of several years. Liddell struggled with that: was he pursuing vainglory for himself through athletic achievement instead of serving the Lord through his missionary work?  Was he prioritizing his life on the wrong things?

That’s a worthwhile question for all of us. Think of the enormous time it takes to get good in something like baseball, or softball, or soccer, or lacrosse, or music, or anything else. You might have started playing baseball or softball when you were 6, then you moved to rec league, to all stars, and then to travel teams that play nearly year round.  At the high school level, to be the best you have to weight-lift, give up a big chunk of your summer, train in the off-seasons. It is too much? Are we prioritizing our lives on the right things?

There’s a fantastic moment in “Chariots of Fire”, the climax of the movie. As Liddell runs the 440 yard dash in the Olympic final, as he rounds the final corner to the home stretch, the action moves to slow motion, and the camera zeroes onto his face as he strains to push himself for the final hundred or so yards. With the theme music playing, the director overlays Liddell's voice, saying: “I believe God made me for a purpose, but he also made me fast. And when I run, I feel his pleasure.” And as he says “feel his pleasure,” as he pushes for the last 50 yards, his face lights up, ecstatic with joy, almost as if, yes, he can feel God’s pleasure in that he is doing well what God gave him the talent to do.

St. Irenaeus once said, “The glory of God is the human person, fully alive. “I believe that when we commit ourselves to excellence in our lives, when we use the talents God has given us to be the best student, athlete, artist, brother, daughter, son, sister, teacher, father or mother we can be, we are accepting God’s gift to us and glorifying him.

Let us work then, to be the best we can be in all of these things. Finish the seasons well in athletics. Work hard in your studies, on the upcoming AP exams and finals. Continue to hone your craft in music and the arts. In all of these pursuits, however, give yourselves to the Lord, so that he may show you how to use these gifts for his purpose and so that we may feel his pleasure for us.

May all of us have the courage to pursue the path for our lives according to his will.
Posted by Fnwchs at 2:35 PM