Advent in the First World 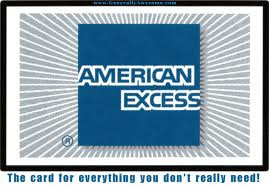 This is Mr. Weber's Advent message to the students of JPII during assembly on November 28, 2011.
My brother sent me an email of a list of “First World Problems,”--a series of quips that mock how lazy we’ve become as part of a wealthy culture. To give you a sense of them:
• My hand is too fat to shove into the Pringles container, so I am forced to tilt it.
• I forgot to bring my smartphone with me when I used the bathroom, so I was bored the entire time.
• I can’t hear the TV while I’m eating crunchy snacks.
• My laptop is low on battery, but the charger is over there.
Those quips are funny, partly because there’s an element of truth to them. We live in a culture of excess, where our values become skewed in pursuit of things, at the expense of our relationships with God and with others. You may remember the accounts a few years back of a woman being trampled to death by customers when a Walmart opened on "Black Friday". This past Friday in a Los Angeles Walmart, a woman was arrested for pepper spraying 20 fellow customers so she could clear the path to be the first one to get to the Xbox consoles that were on sale. And there was also a story of a man who had just come out from shopping at Walmart in California at 1:45 a.m. , and was accosted at gunpoint by another man in the parking lot, who demanded that he hand over everything he had just purchased. The man, protective of his new stuff that he had been up all night to purchase, refused. He was shot. He is in the hospital, in critical but stable condition. No word as to whether he was able to keep his things.
One might hope that excess becomes self-regulating—that once one had too much, one might grow bored and seek less. But the opposite is true. Once one has too much, he does indeed become bored, but instead looks for MORE to satisfy his boredom. There are estimates that the average American will gain 5 pounds from over-eating from Thanksgiving to New Year’s Day this year. Others believe this estimate is too high. But what BOTH sides agree on is that those who are already over-weight going into the holidays will gain much more weight than the average American. Excess, unfortunately, inspires more excess.
One of the great things about the Advent season, which began yesterday, is that we’re reminded we’re still in need of a savior. We are still sick. Yes, Jesus came and died for us almost 2000 years ago, and he is ever ready to forgive us and heal us. But we forget that we need him. Perhaps that’s the most serious danger about being in a first world country—it’s not even the excess or the laziness, but that we tend to think of ourselves as self-sufficient, as independent, as NOT NEEDING a savior. People who have nothing rarely forget God. They pray to him for their next meal. They ask him to cure their daughter’s illness. They worry and pray about where they’re going to sleep when the winter comes. But too often, we believe our success is all about our talents, our brains, our good decisions, and we forget that all of the good things we enjoy are blessings from God, and that we still need him to be Lord of our families, Lord of our relationships, Lord of our school work and our business dealings and Lord of our decisions.
Recently, my computer at home had become very sluggish—irritatingly so. It’s been a while, so I spent some time this weekend defragmenting my hard drive, deleting old files, getting rid of some preferences that are clogging things up. It’s working much faster now.
Advent is a time in our lives to do the same thing: to delete some of the things that are taking us away from God, to pray more, to study harder, to become more grateful for God’s gifts and more serious about our relationship with him. The psalmist from this Sunday’s readings prayed: “Turn us again to yourself, O God. Make your face shine down upon us. Only then may we be saved.” (Psalm 80:3).
As we prepare for Christmas even within this culture of wealth and excess, and even as we jockey for position in department stores and malls (hopefully, without using pepper spray), may use this Advent season to turn again to God, so that his face may shine down upon us and so that we may welcome his birth in our hearts in a new and deeper way.
O Come, O Come Emmanuel!
Posted by Fnwchs at 1:45 PM

I cannot help but think of French philosopher Simone Weil's writings on afflicting and suffering when I read this post.

Unlike many Christian thinkers, Weil suggested that affliction and suffering are not only inevitable, but necessary in our quest to grow closer to God. It is only through suffering that we realize the "reality" that we are NOT the center of the universe, that God is the center.

This seems to be the essence of your post. By making our lives a little more difficult by removing some of these "first world problems," we remember that we are not omnipotent rulers of our own lives. We remember that we truly need a savior.