The Power to Heal or Destroy 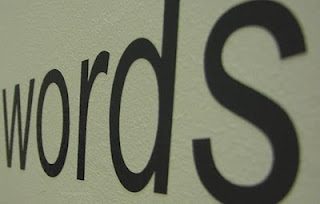 This is Mr. Weber's assembly address to students of JPII on November 1, 2010

Here’s a lie that people tell you as teenagers: “These are the best years of your life.” That’s simply not true. In fact, I’d go as far as saying “These are some of the toughest years of your life.” Not only are you working through all the academic demands, you’re also figuring out who you are, who your friends are, what you’re going to do with your life, what college you’re going to attend, what your major is. There’s a lot of uncertainty. Ask any adult, and if they’re honest, they’ll tell you that life gets a LOT better after high school. I promise.

One thing that makes high school life even harder, of course, is when you’re ugly or unkind to one another. There was a sophomore girl at my school some years ago who was very pretty, very popular and generally respected as a moral person by her teachers and classmates. Sometime in the spring of her sophomore year, however, she got drunk at a party and slept with a number of older boys who were also drunk. When she woke up the next morning, she was horrified by what she had done, filled with guilt and shame. But that wasn’t the worst of it. Some of her female classmates, jealous of her popularity, started writing “slut” next to her name as graffiti in the girls’ bathroom. Someone else scraped into a student desk “For a good time, call” and listed the girls’ phone number. She was so embarrassed and so devastated that within one week, despite having grown up with her classmates since kindergarten, she transferred to another school. The meanness showed by those girls is one of the cruelest, most vile things I have ever witnessed in my 26 years in high school.

“Really, Mr. Weber?” “The cruelest, most vile thing you’ve witnessed?” “What about a kid who bullies another student, or steals from them, or gets a gang of his friends to beat someone up? What about someone who sells drugs to another student? Surely doing physical harm to someone is worse than simply talking about them?”

What you say about each other and what you say to each other has lasting, deep impact, either for good or for bad. The right comment of praise or support to a person who is struggling through a difficult period can be healing; the well-aimed cruel comment to this same person can be permanently crippling. Our tongues, much more so than our muscles, have power to build up or destroy.

I have always said that we're a great school, and I believe that. But here’s the acid test of what kind of student body you are: What do you say about each other—and especially, what do you say about those persons in your class that may be a little unusual or different, who don’t fit the norm?

I’ve given you an example of student behavior that I labeled vile. Let me give you a brief, but opposite example. There was a senior boy about ten years ago who was very effeminate in the way he talked and walked, and because of this, was often made fun of by people around the school. Unfortunately, he didn’t have the social skills to respond to that teasing appropriately, which often just made the teasing crueler. As someone told me the story, apparently during lunch a group of sophomores knocked his books out of his hands, razzing him, calling him “fag” and other things. A senior football player was walking down the hall and heard what was going on, picked out the loudest sophomore doing the teasing, pinned him up to the locker and said: “This guy is my friend, and he’s my classmate. If you got something to say to him, you say it to me and to the senior class. Do you understand?” “Uh, yeah” was the nervous response. The senior then helped the boy pick up his books and escorted him down the hall to be with the seniors. I guarantee you, to this day, that young man remembers that incident and the words “He’s my friend” as if it were yesterday.

So let’s not make the statement “These are the best years of your life” even less true than it already is. Watch what you say about each other. Build one another up. Encourage one another. These are your classmates. This is your school.
Posted by Fnwchs at 2:23 PM

This is pithy and direct. Well done.