Seven Quotes To Live By 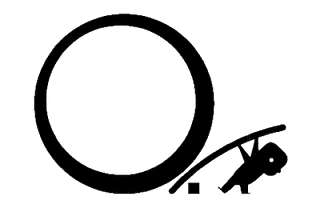 Sometimes the simple, well turned phrase can provoke our thoughts and even move us to action. Here are seven of my favorite quotes that have shaped my thinking on a variety of matters, with my brief comments after each one.

In an age where "image is everything", the greatest basketball coach of all time reminds us that character, not image, matters.

“The Glory of God is the human person, fully alive.” (St. Irenaeus)

We glorify God by using the talents he has given us to the best of our ability. God desires us to be fully human, to be fully ourselves.

There are some things, perhaps just a few, that we must insist upon. In everything else, we should respect each other's opinions and treat each other with charity.

We may never see the end results, but that is the difference  between the master builder and the worker.We are workers, not master builders; ministers, not messiahs.  We are prophets of a future not our own. (Oscar Romero)

We can't do it all. We are the workers. We need to let God be God.

Quarry the granite rock with razors, or moor the vessel with a thread of silk; then may you hope with such keen and delicate instruments as human knowledge and human reason to contend against those giants, the passion and the pride of man. (John Henry Newman-- The Idea of a University)

Being educated doesn't make us virtuous. We need God's grace for that.

It is indeed sometimes said that the stream is clearest near the spring. Whatever use may fairly be made of this image, it does not apply to the history of a philosophy or belief, which on the contrary is more equable, and purer, and stronger, when its bed has become deep, and broad, and full. It necessarily rises out of an existing state of things, and for a time savours of the soil. Its vital element needs disengaging from what is foreign and temporary, and is employed in efforts after freedom which become wore vigorous and hopeful as its years increase. Its beginnings are no measure of its capabilities, nor of its scope. At first no one knows what it is, or what it is worth. It remains perhaps for a time quiescent; it tries, as it were, its limbs, and proves the ground under it, and feels its way. From time to time it makes essays which fail, and are in consequence abandoned. It seems in suspense which way to go; it wavers, and at length strikes out in one definite direction. In time it enters upon strange territory; points of controversy alter their bearing; parties rise and around it; dangers and hopes appear in new relations; and old principles reappear under new forms. It changes with them in order to remain the same. In a higher world it is otherwise, but here below to live is to change, and to be perfect is to have changed often. (John Henry Newman, The Development of Doctrine)

We often assume that a belief is in its purest state when it is newest. But our best doctrines and ideas are those which develop over long periods of time, after they've been discussed, argued, prayed about and lived out by the community.
Posted by Fnwchs at 11:02 PM