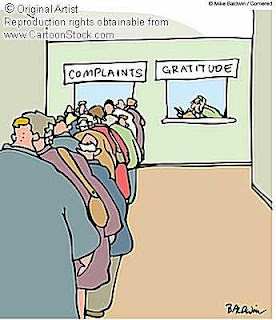 This is Mr. Weber's address to the JPII student body on November 24, 2008, just before Thanksgiving.

On my way to Nashville from Montgomery to be interviewed for this job last spring, I stopped at a gas station to fill up. A late model car pulled up on the other side of the pump, and an old man got out of the car, looked at me with some embarrassment, and asked me for $10 for gas. I told him when I went in to pay, I’d put $10 down on his pump. Casting his eyes downward, he said with some feeling: “Gratitude”.

Since I had little else to do as I drove home, I thought quite a bit about this fellow for the rest of the trip. Judging from his car, his clothes and his diction, he didn’t appear to have a job, or a good one at least, and his language suggested he wasn’t very well educated. His sad eyes conveyed loneliness, and I wondered if he had a family, or was close to them if he did, and guessed he may not have been. Few things are more humiliating than asking for a handout, but he was out of gas and so he had to swallow his pride to ask a stranger. And yet, despite all that, I sensed his gratitude was real.

To be honest, his gratitude was unsettling to me, for it forced me to compare myself to him, and in so doing, made me wonder if I who had so much in comparison was as grateful as he with so little. I think this may be a common feeling some of you have had when you’ve worked with the under-privileged in your Christian Service Internship, or for the few of you who have done a week of mission work with the poor during your fall or spring breaks. These people have so much less than we have, but seem to have something we don’t—a real spirit of thankfulness and gratitude for the simple and important things.

As students at JPII, all of you are on some level, a “success”. One of the great temptations of success is to begin to think “It’s all me. It’s all my doing. I made the 30 on the ACT, I was accepted to an elite school, Aren’t I smart? Aren’t I wonderful? “

We lose the sense, when things are going well, that we are dependent on God. Facing hardships, like an undefeated team losing its first game, reminds us that are NOT in complete control, that we need to work harder, that there are things we need to pray for and be grateful for.

I don’t know what kind of year it’s been for you. I know for some of you, it’s been a hard year. Your parents may be having marital difficulties, or perhaps they had those difficulties years ago, and you’re trying to straddle two families now—a particularly difficult thing to do during the holidays. Some of you have lost close relatives—a mom or dad, a grandparent, an uncle or aunt you’re close to. Still others of you may be lonely, without good friends, uncertain of your place in school or at lunch.

Perhaps because you’ve experienced these things, you are better able to be grateful people now, for you understand better than the rest of us that we ARE dependent on the kindness of others to lift us and the providence of a God who loves us and wants only the best for us.

I have one suggestion for you as we head toward Thanksgiving. Take about 30 minutes to write someone close to you a letter, telling that person all the things you’re grateful for about that person. It could be your mom or dad (who would cherish that letter forever!). It could be an older or younger sister or brother. It could be your grandparents, or even a teacher you know has gone out of his or her way to help you.

Let me suggest that writing such a letter will do three things: First, it will make a huge difference to the person who receives your letter. Second, it will make YOU feel good to write it—in fact, it’s now been scientifically proven that small acts of gratitude, done frequently, lessen stress and improve one’s level of happiness. Finally, in expressing gratitude to someone else, we’ll be more open to being grateful to the One who gives us everything.

I hope all of you have a great Thanksgiving with your family. Remember: