To Intervene or Not to Intervene? Advice to parents 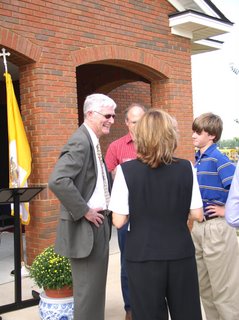 What do you do if a teacher has shown a video which you are upset over? What if your child has received a grade that seems unfair? What do you do when your child is having social difficulties or personal problems?

If you choose to discuss it with school officials, what is the best forum to do so: in a conference, perhaps? Over the phone? Via email? And to whom? The teacher? The principal?

Inevitably, you will face such dilemmas. As a former principal of a high school, I met with parents daily to discuss matters of concern to them. But I'm a parent, too. I still remember the day I gave my eldest child away to the care of another adult (his kindergarten teacher). Letting our children grow up is just as tough on us parents as it is our kids! How much do we hold on? How much do we let go? These issues all come to play in the decision to intervene or not to intervene as a parent.

Study after study has shown that schools in which parents are actively involved are better able to sustain high academic standards. That only makes sense. If schools and families are in a silent tug of war over school policies and practices, the children lose regardless. One of the worst mistakes American educators have made has been to assume that parents really don't care about their children's education, leading them to adopt the implicit philosophy: "Leave the education to us and we'll leave the parenting to you". In other words, leave us alone. And so, over time, public support for schools has eroded, standards have dropped, and predictably, grade inflation has run rampant, as teachers cannot sustain demanding classrooms without parental support.

The short answer, then, is you should talk to teachers and principals when matters concern you. However, the other question, perhaps more complex, is "What steps, if any, ought to be followed before intervention"? Clearly these steps vary according to the age and the situation. In general, as the child matures, the increasing push should be that he or she meets with the teacher to address the matter first.

Recently two similar circumstances involving grades came to my attention. In the first case, a junior boy had failed the quarter in math. The parents asked their son the reason why, who said (in typically eloquent fashion for a teen-age boy) "I dunno". So the parents called the teacher, who then explained that he had not turned in several assignments, had failed a major test, etc. Although the parents were now informed, the boy resented the fact that the teacher and his parents were talking about him behind his back, and just as predictably, disputed some of the claims the teacher made about his homework.

In the second case, the parents of a sophomore boy insisted that he schedule a meeting with the teacher to find out precisely the reason for the failure. He did so, reluctantly. During this meeting, the teacher had the opportunity to show the boy his grades in the book, to point out the blank spots where assignments were not turned in, and to probe the boy about his study habits, his note-taking and his overall effort. The conversation between the boy and his parents thus took on an entirely different flavor, for in this case, the boy took ownership of his failure. He had, after all, met as an adult with an adult who was straight with him, he was given the opportunity to question the teacher over his concerns, and he was even allowed to cast his own spin of the failure to his parents (teens always appreciate this!).

I would advocate this second approach in almost every case concerning a high school age child. I understand the great urge within us as parents to intervene on our child's behalf. Call it the nurturing instinct. But even in cases when the child is convinced that the teacher "doesn't like him or her", I think it is appropriate to insist the child talks about this directly with the teacher. For teachers, these are wonderful, teachable moments. For students, they are opportunities for growth and maturation.

However, if after talking to your child about what the teacher has told him or her you still have concerns (or suspicions!), or if similar concerns persist over time, then you should talk with the teacher. I suggest this procedure:

1) Schedule a meeting with the teacher face to face, rather than over the telephone. The more potentially emotional the difficulty, the more strongly I’d argue this point. Telephone conversations are partially anonymous, which often leads to brasher (and less helpful) statements; moreover, during difficult sessions, it is good to be able to read non-verbal body language. Email, for this reason, is the WORST way to communicate to resolve problems! Keep email on the level of swapping information.

2) When the meeting is scheduled, tell the teacher what the topic is. It gives the teacher some time to ponder the situation, review his or her own actions, and contribute helpfully to the meeting.

3) Assuming that the child has already spoken directly with the teacher, I believe it's important NOT to have the student at that meeting, at least at first. The most desirable goal is that parents and teacher can be open enough to disagree with each other candidly (and amicably); such disagreement is not healthy with the student in the meeting, witnessing the disjunction between the two most significant sets of adults in his or her life. Meeting alone allows time for teacher and adult to explore areas of common ground if possible. After the common ground is established, then the child can be brought back into the conference.

When should you meet with the principal concerning difficulties? I think there a 4 times, broadly stated: a) If your meeting with the teacher still leaves you concerned; b) If the matter involves your child's health or safety; c) If the point of dispute is over a policy or common practice of the school; d) If you need to share confidential information or personal concerns about your child (such as a divorce). Depending on the school's size, this fourth area might be discussed with the guidance counselor instead.

If a genie granted me three wishes to remedy the problems in education America is facing today, I would first ask that we abolish third person pronouns when speaking of the school. No more "They's" or "he's" or "she's"--only "we's". The fact is, the school belongs to the community, not to the principal or the faculty. Furthermore, this distinction between teachers and parents is unhelpful. The important difference is that between the adults (parents and teachers) and the students. Our unspoken message to the students is, very simply, "Be like us". To the extent we can communicate a consistent message of who were are, kids, however reluctantly, will model themselves after us.

Second, I'd wish for more parent--teacher interaction. We have got to start seeing each other as real people, not as "John's mother" or simply "Mrs. Jones, the French teacher" but as "Betty" and "Cecilia". This means extraordinary effort from both sides. It means parents volunteering as coaches, room mothers, concession stand workers, working on curriculum committees, school boards and giving car pools. It means teachers calling parents to PRAISE John for improvement as well as when he is having difficulties, to be open and welcoming to parents with concerns, and to sit and talk with them during basketball games, PTA nights, and other meetings. There is no magic to forming positive working relationships.

Finally, I'd wish we adults would remember that we have the same end in mind: the best interest of the kids. My wife and I disagree (sometimes strongly!) on how best to handle our own kids. Naturally, parents and teachers will disagree now and then, but we want the best for our kids. Teachers wouldn't teach otherwise, at least not for very long. Parents wouldn't care enough to pursue the matter with the school!
Posted by Fnwchs at 1:58 PM

Parents of children with ADHD especially appreciate teachers communicting positive information to and about their student. Often times students with ADHD only hear statements followed by but. Johnny is always well prepared for class and does everything I ask him to do... but he talks and disturbs others in class. The family and student begin to feel that no one appreciates the student's positive traits and the communication becomes counter productive. Letting the positive feedback stand alone is much appreciated, and when the "disturbing others in class" conversations are needed, they are better received. You do good (or should I say God's) work Faustin.